In memory - of the land, of the people 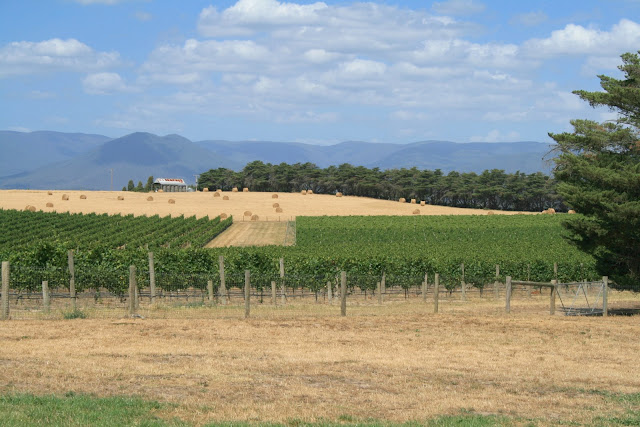 These photographs were taken late Saturday 24th January in and around Yarra Glen and early Sunday 25th January at Badger Weir in the Yarra Valley National park between Healesville and Marysville. A bare two weeks later, Marysville no longer exists and Yarra Glen is today under extreme ember attack. What happened over the weekend is unbelievably horrific. This account by Gary Hughes, a resident, a journalist and an ordinary bloke, conveys this horror graphically.

Posted by Julie at 00:05
Email ThisBlogThis!Share to TwitterShare to FacebookShare to Pinterest

A chilling account. A lovely tribute these photos. Oh my.
V

It is truly horrible what is and has happened in Australia with the wildfires. Your photos are a beautiful tribute. Our thoughts are with your country.

We have been following what has been happening with the wild fires in Australia, and hope that the cooler weather there today helps to contain them.

I was in Australia this past holiday season, and it is such a beautiful country. You have our sympathies and best wishes in this current time of crisis.

I just tuned in here to find out what was happening and whether you were affected. How heart breaking. We know fires in my part of the world, but never has there been one like this. I'm so sorry Julie.

V, Julie, David, Karin: I appreciate your thoughts and wishes. It is just mind-numbing at the moment. The fires are absolutely nowhere near me personally but the entire nation is shell-shocked at the speed and the brutality of the fires. Thank you for your visit.

Very scary, I have been following the news from Australia for the last couple of days.

It's very sad to think of the terrible loss you all are enduring right now. Such a beautiful landscape...

Reading about the devastation on your blog makes it much more real and therefor much more upsetting than a headline or a newcast.

Its hard to get your mind around the enormity of the tragedy. There have been fires before, but not like this.

Beautiful pictures.. so peaceful. Who would have thought such raging ferocity would be rolling in 2 weeks later. I've forwarded that account on to friends and family.

Julie, I'm wondering, is there a red cross relief/donation link we can put on our blogs, or some other way that those who would like to help can?

Hi Julie, thanks for your post and the links. It's a terrifying story well told. I have friends near the burn area and they're fine, but I sure wish they'd leave town for a while. Like Altadenahiker said, we have fires around here but it's never been like what we're hearing from Australia.

Wonderful photos...thankyou for
showing us the area in a better time!

Julie, I've linked to this from my sidebar. Thank you so much for such a thoughtful, powerful post.

Some years ago, I watched from the safety of our property as a neighbor's home, across the canal from us, burned to the ground. It was, at that ime, a rural area and the volunteer fire department wasn't trained to handle the situation. I'll never forget the sound of the woman who lived there screaming that she was losing all of her children's baby pictures.

The news reports and the satelitte photos are shocking to those of us not familiar with brush fire season. It's unimaginable what it's like to be there. Wecan however help in different ways. I made a donation to an Australian wildlife rescue fund this morning. You can find links to it and a touching story about a fire fighter caring for an injured koala on Cute Overload. It's all just heartbreaking.

We hear about here. this seems horrible

PJ, great to know about that site. Most of my donation dollars (such as they are) go to wildlife and animal rescues. I will check this one out and give my bit.